Ola has ~155,000 drivers in its network; more than ~120,000 or ~75% log in daily In Metros, the drivers who don’t login are often absentees who would have taken a break on account of working extra hours the previous day Poor awareness and low demand is the reason why % of drivers logging is lower … more 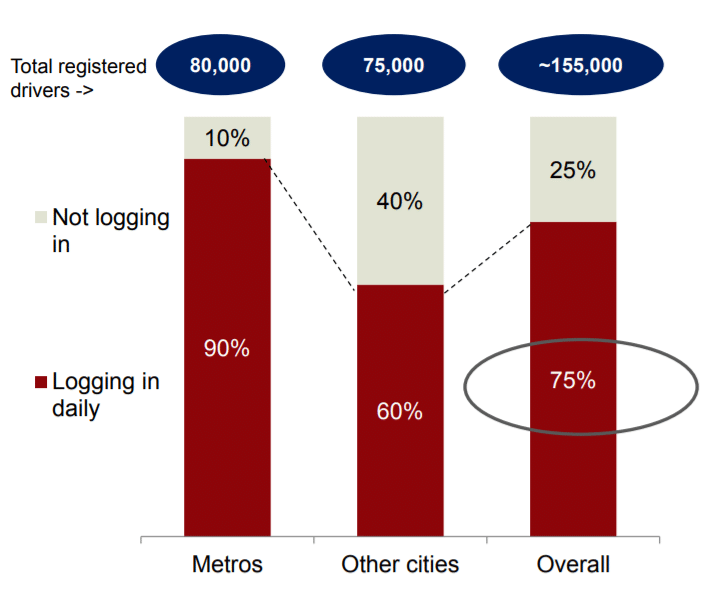 Ola delivers more than ~3.5X rides per day as compared to Uber 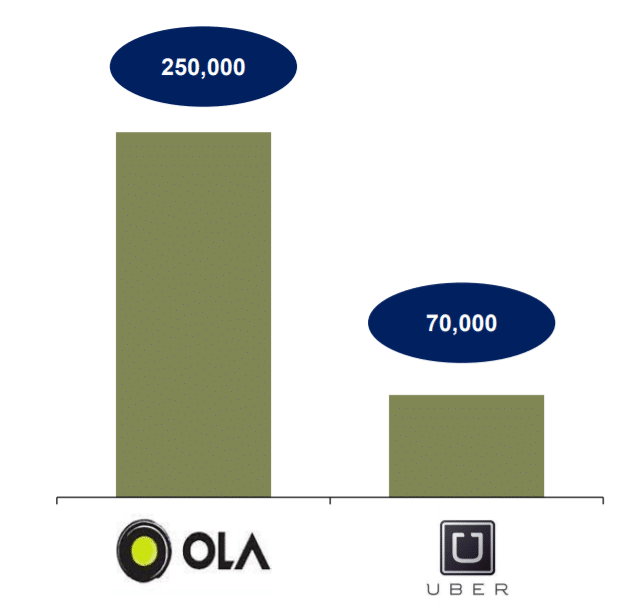 Ola's GMV is ~4X that of Uber GMV; its average fare is expected to stabilize near the ~USD 4 mark going forward 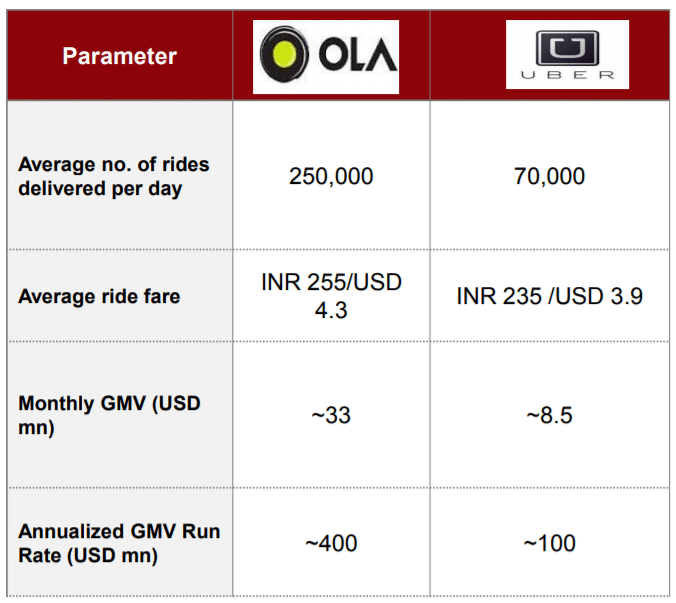 ” Over the rest of 2015 and also over the next 1-2 years, we expect that the average pan India fare for Ola would stabilize in the Rs ~240-250 range as the share of people in smaller cities using cabs even for shorter distance rides increases and they start reducing their car usage.'

This document contains the entire comparison between the performance of OLA GMV and Uber GMV across key parameters such as GBV, customer metrics, driver incentives. It also includes a view on the expected growth of the industry.