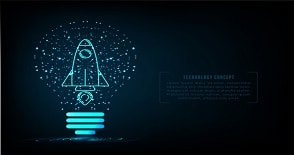 Gulf News : The start-up ecosystem is buzzing in the Mena territory, with the most encouraging aspect being the ability to secure an exit as seen with Careem, Souq and Namshi, and even smaller companies such as Glambox and Almosafeer.

The Mena start-up ecosystem received $1bn funding over the last year. However, the availability of funds is lower compared to other comparable countries. For example, Mena’s GDP and consumer spending are both comparable to that of India.

But, in 2018, the start-up ecosystem in India received at least 13 times higher funding than in this region. In essence, the Mena ecosystem will require north of $10 billion annually to successfully fund its start-ups.

The funding gap is further exacerbated at the early stages of the start-up. As an example, Mena seed and early stage funding is estimated to be roughly 25 per cent while in more mature markets it tends to be around 45 per cent. This means that there is a potential gap of $1 billion at the seed stage and $3 billion in early stage funding.

This gap also reduces the funnel for late stage funding leading to lower focus by late-stage international VCs into the region.

Given that most GCC governments are betting on knowledge-driven SME growth to drive their economies, they have started to play an active role at the seed stage. This is generally in partnership with international incubators such as 500startups and startupbootcamp. The risks of failure here are the highest and government support can make a big difference to funding and even in sandboxing to test new concepts.

This is especially true for fintech companies where regulation become critical. Governments in Abu Dhabi, Dubai and Bahrain have all created sandboxes and funding mechanisms to support the ecosystem.

The region also has the highest availability of deep pocketed sovereign wealth funds. For example, the $100 billion Softbank Vision Fund was majorly funded by the Saudi Public Investment Fund and Abu Dhabi’s Mubadala. Such funds can successfully fund later stage rounds where the risk is relatively lower but the deal size is high. As an example, Mubadala Ventures recently launched Hub71, a tech focussed-fund.

Local VCs such as STV (Saudi Technology Ventures) and MEVP have also upped the ante. STV is one of the largest VCs of the region with $500 million in deployable capital and received a windfall in the Careem deal. MEVP is in the process of raising a sizable $250 million fund focussed on the region.

The dark horse in this ecosystem could be corporate VCs. The GCC has a lot of well-funded conglomerates that are looking to penetrate in new-age industries. They are creating a separate entity that is nimble in its decision-making and is independent from the challenges of the conglomerate. There are many conglomerates that have gone this route, including Emaar, Majid Al Futtaim, Chalhoub and Al Tayyar.

These corporate VCs can tap synergetic start-ups early on and even support them in scaling up through their existing footprint and capabilities. However, to successfully create a corporate VC model would require significant investment in the creating the capabilities internally –right from deal sourcing, deal execution and portfolio management.

Many corporate VCs try to circumvent developing these capabilities by following-on an investment instead of leading the investment. For the scale-up of the corporate VC startup ecosystem, internal capabilities would need to be developed.

One missing piece in the puzzle could be foreign investors coming into the region. We are already seeing an increase in enquiries from foreign funds. The Mena region’s trade relations with China have been on the rise and they have well-funded tech funds that understand the start-up ecosystem.

Given the complexity of the region, they would be open to tie-up with local partners and provide the required impetus to the local start-up ecosystem.