India’s eHealth sector, which was already primed for substantial growth before the Covid-19 crisis, is now growing at a faster rate than ever. RedSeer Consulting offers insights into what is causing this acceleration.

The analysis comes as a number of countries that were initially worst affected have begun to report declines in new cases. Covid-19 continues to spread at a rapid rate across the global population, with the World Health Organisation’s latest reports confirming more than a million cases worldwide.

The spread of the virus has been a wake up call for many countries, exposing gaps in their healthcare systems and infrastructure. This is true for India as well, where the healthcare sector was already in a period of transition prior to the emergence of a global, potentially life threatening, pandemic. 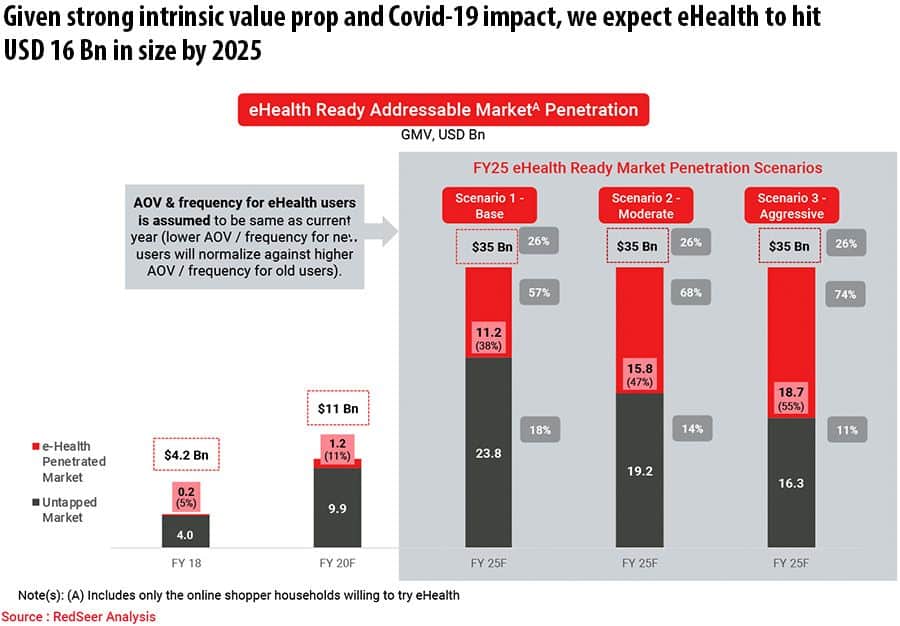 As India’s substantial population becomes digitally literate, eHealth is one of the sectors that was primed for a major spike. Previous reports from RedSeer placed estimates of the sector’s value at $16 billion by 2025, jumping from its current value of $11 billion. The $16 billion figure was derived using the best-case scenario where eHealth adoption took an aggressively fast path. This aggressive growth is now being realised in light of Covid-19.

Besides the growing online presence of Indian consumers, factors driving eHealth growth in India previously ranged from targeted government initiatives to innovation in the private sector. RedSeer reported earlier this year that the government had plans to increase funding in the healthcare sector, aimed at nearly doubling the sector’s contribution to India’s GDP.

On the private sector side, there was a boom in new eHealth business models, which included solutions for outpatient care. RedSeer has laid down three categories of eHealth business, based on their scope and versatility, indicating the business type that is most likely to succeed under Covid-19 conditions. 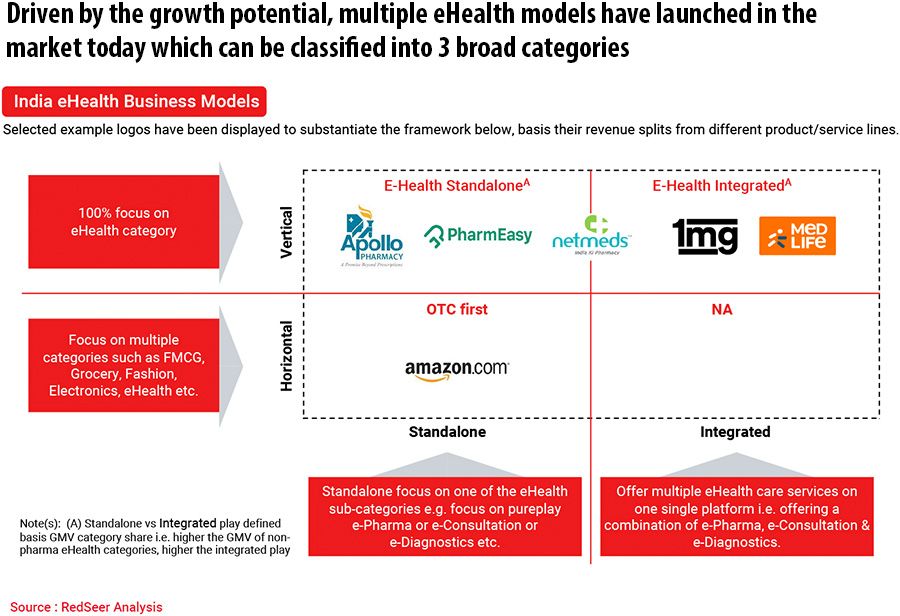 One difference lies between companies that focus specifically on eHealth and companies that have a multisectoral focus spanning FMCG, groceries and fashion. Another lies in whether they choose to focus on a single category of eHealth such as ePharma or eConsultation, for instance, or whether they offer a whole integrated range of services.

Four categories emerge when using those two central differentiators, although no companies that have a multisectoral focus are involved in providing an integrated eHealth portal. Under Covid-19, RedSeer predicts that companies that offer such a one-stop-shop for online health services – consultation, diagnostics and pharma – are likely to grow significantly in demand.

In fact, not only are eConsultation and eDiagnostics a supplement to the current healthcare framework, but it has emerged as more desirable in light of Covid-19. Virtual examinations and diagnostics can ensure the safety of medical staff, while also giving patients easy access and making it easier for doctors to keep an online record of patients. 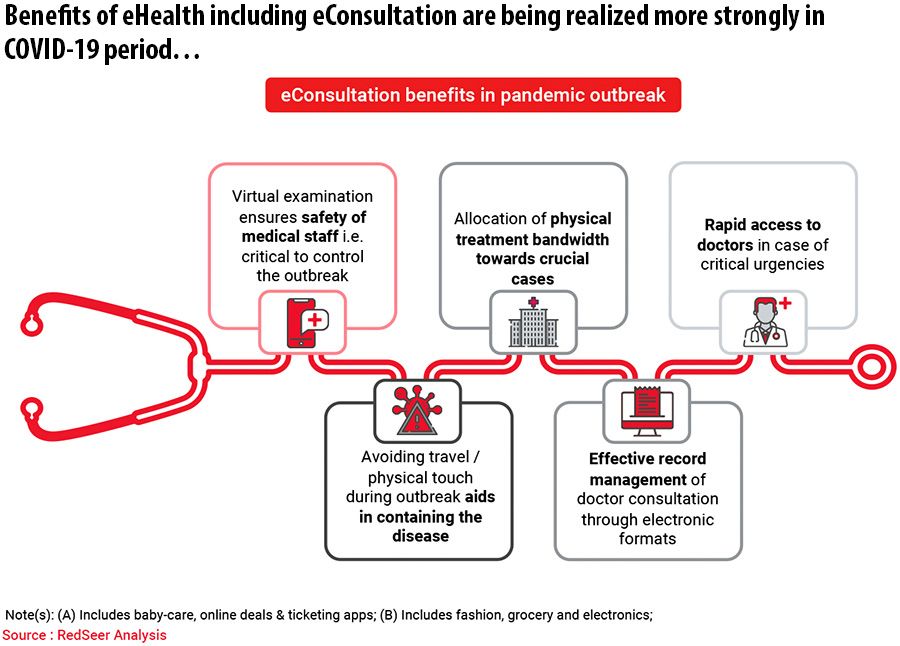 RedSeer points out that the growing popularity of eHealth services is not new in India, as people were gradually realising their benefits. However, prior to the outbreak of Covid-19, the government treated the eHealth sector as an emerging industry, and was still in the preliminary stages of regulating it.

Covid-19 has brought about a shift in this attitude, and the government has quickly provided a list of regulations and guidelines, which not only protect patients but also make life easier for medical practitioners and eHealth companies. The government’s actions have come in response to the increased strain that Covid-19 has been putting on an already stretched healthcare system. RedSeer reports that out-patient medical services in India are struggling under the growing pressure, and eHealth is the most appropriate solution n in the months to come.