With Prime, Amazon wants to get a lock on UAE shopper loyalty 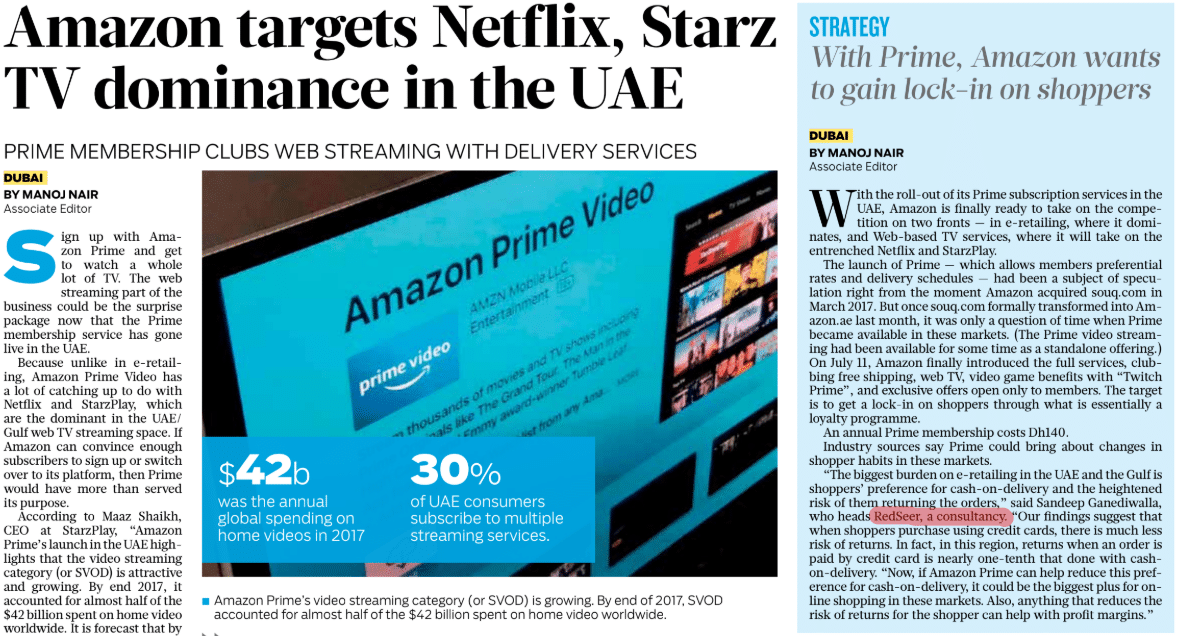 Dubai: With the roll-out of its Prime subscription services in the UAE, Amazon is finally ready to take on the competition on two fronts — in e-retailing, where it dominates, and Web-based TV services, where it will take on the entrenched Netflix and StarzPlay.

The launch of Prime — which allows members preferential rates and delivery schedules — had been a subject of speculation right from the moment Amazon acquired souq.com in March of 2017. But once souq.com formally transformed into Amazon.ae last month, it was only a question of time when Prime became available in these markets. (The Prime video streaming had been available for some time as a standalone offering.) On July 11, Amazon finally introduced the full services, clubbing free shipping, web TV, video game benefits with “Twitch Prime”, and exclusive offers open only to members. The target is to get a lock-in on shoppers through what is essentially a loyalty programme.

Industry sources say Prime could bring about changes in shopper habits in these markets.

“The biggest burden on e-retailing in the UAE and the Gulf is shoppers’ preference for cash-on-delivery and the heightened risk of them returning the orders,” said Sandeep Ganediwalla, who heads RedSeer, a consultancy. “Our findings suggest that when shoppers purchase using credit cards, there is much less risk of returns. In fact, in this region, returns when an order is paid by credit card is nearly one-tenth that done with cash-on-delivery. “Now, if Amazon Prime can help reduce this preference for cash-on-delivery, it could be the biggest plus for online shopping in these markets. Also, anything that reduces the risk of returns for the shopper can help with profit margins.”