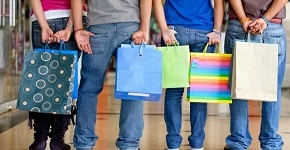 Ecommerce has been the buzz in the UAE business community for some time now. After all, there is the high smartphone penetration, relatively high disposable incomes, and a significant expat population. Ecommerce has worked across multiple categories such as online retail (e-tail), cab aggregation, foodtech, fintech and travel tech.

But let’s focus on the bellwether sector – e-tailing. Despite the growth in recent years, it is still hampered by issues such as the long (and often unpredictable) delivery times, limited product selection, and a lack of trust among consumers for online players. But this year has changed much of that.

It has been a breakout year on many accounts for these reasons:

The online retail market grew at a 35 per cent rate compared to the around 20-25 per cent annually of recent years. This is especially commendable in light of the relatively slower growth of the overall retail sector in the UAE. The key drivers for online growth were the frequency of eye-catching promotions, quicker deliveries (on the back of significant logistics capabilities) and improved product offerings. For example, same-day or next-day shipping became more prevalent in the UAE this year.

The tech and electronics category continued to be the largest vertical followed by fashion and beauty. The grocery was the fastest growing vertical at a more than 60 per cent year-on-year growth followed by home accessories.

While noon and Amazon are the key players in the online marketplace. However, niche players have also emerged who have a specific focus on customer segment, category and/or business model. For example,

Cross-border trade has been a sizable portion of online sales in UAE since its early days. It has been growing at a slower pace compared to the overall e-tailing sector as local players became stronger. Emirates airline launched its own international delivery platform this year to cater to this growing demand.

Thanksgiving is an important part of the sales calendar in the US. UAE eCommerce players have been working hard to create events around Black Friday and its variations. The results of this were visible this year. A majority of the customers we interviewed were looking forward to the Thanksgiving sales this year.

In summary, online retail has reached its inflexion point in the UAE and we expect the market to grow even faster in 2020.