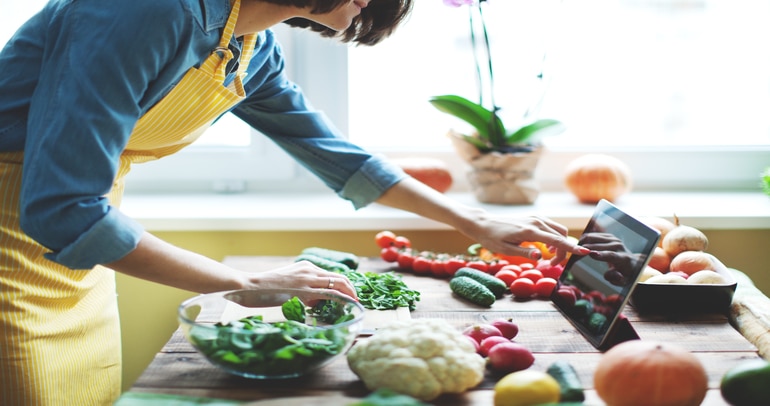 The grocery market in Saudi Arabia is undergoing transformation with the $20 billion (Dh73.4 billion) unorganized market serviced by convenience stores and baqalas up for grabs. Nearly 20 percent of the baqalas have already closed down in Saudi Arabia on the back of Saudization moves.

This has resulted in an organized sector gaining market share. However, the organized market is still relatively small at about 50 percent compared to more than 80 percent in the UAE. The organised grocery market is expected to reach 75 percent in the coming years in Saudi Arabia.

Traditionally it has been a tussle between hypermarket/supermarket chains and baqalas to grab a greater share of the grocery market. Online is emerging as a new channel to successfully gain this share. Given the opportunity, online grocery can capture, the market has seen multiple digital initiatives.

Marketplaces such as Noon and Souq have launched grocery services in Saudi Arabia while Wadi has pivoted fully to the grocery. Vertical online grocery players such as Nana Direct have received $6 million in funding. Offline players such as Danube, Lulu, and Carrefour are all developing their digital strategies. It is then not a surprise that online grocery is one of the fastest growing retail segment in the region.

Hence, cross-channel integration will be critical to providing a differentiated experience to the customers.

Carrefour has launched two online initiatives in UAE – CarrefourNow, and CarrefourUAE to cater to distinct convenience and deal shopping behavior of customers. Last year, Carrefour invested $30 million in Wadi Grocery and reports indicate that they are in talks to fully acquire the company. This would enable them to integrate Wadi with all their offline channels, including Carrefour Market, their convenience store concept, and provide an omnichannel experience to the customers.

However, regulations could play a significant role in this evolution of the grocery market. The Saudi Vision 2030 aspires to increase SME contribution to GDP from 22 percent to 30 percent and baqalas contribute 12 percent to the SME GDP of Saudi Arabia.

A reduction in baqalas’ share could negatively impact some KPIs of the Saudi Vision 2030. With this in mind, the Government has already launched programmes to help modernize the baqalas, similar to what Abu Dhabi did a few years ago.